There is an organised chaos here, an eclectic mixture of tropical, native and mediterranean. The smell is subtle in some places and overwhelms the senses in others. There is something of Wendy Whiteley in this stunning and beautifully wild garden, in every shrub, every flower. 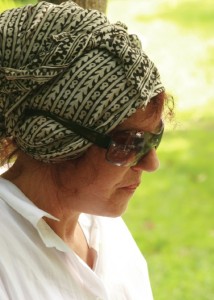 We sit on a rickety old bench perched beneath a canopy of trees. The laughter of children playing in the garden travels through the corridors that twist and turn through the dense foliage.
Wendy has often been portrayed as the mad lady, secluded in her garden – but rather than manic, she is calm and captivating.

Wendy loves to talk. She is at times brutally honest and can often be distracted by competing trains of thought. As one thought rolls into the other, there are abrupt surges of bluntness. It is apparent she does things very much on her own terms; she is assertive, yet warm.

There is something inherently earthy about her. Her rich red hair is wrapped up in a headscarf, a look that has become a trademark. She wears an oversized button-up white shirt, baggy pants, garden shoes and dark glasses. She is a woman not afraid of getting her hands dirty.

Officially, we are on railway land, in a gully that used to be crammed with rampant lantana and debris. It was once a junkyard, wasted space; now it is alive, smeared with lush greenery, and speckled with bright flowers and fruit trees. Paths and stairs lead to endless possibilities in this sanctuary.

It is hard to believe this stunning slice of harbourside land has been untouched by developers. The scene is awe-inspiring – a vast seascape with uninterrupted views of the Harbour Bridge and Luna Park. It isn’t difficult to imagine what inspired Wendy to develop this rare treasure.
After looking out over the untamed shrubbery, rubble and junk for almost 30 years, Wendy says the idea to create the garden came to her suddenly, almost instantaneously.

It did not bother Wendy that the land did not belong to her. Though the area had been dismissed, overgrown with weeds and full of dumped rubbish, Wendy’s keen eye saw a potential that no one else could. Almost eleven years ago, she simply started at the section closest to her house, slashing lantana, heaving debris, and endlessly planting. She was unable to stop. 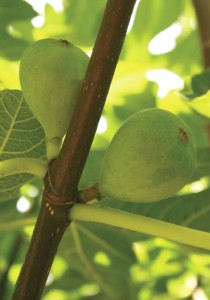 “It had been abandoned. It is irrelevant who owns it,” Wendy says. “So I just started doing it from that end and just kept going literally until we got to the other end. You can’t sort of stop half way.”

Now, the garden is bordered with a collage of Gymea lilies, lavender and rosemary. Many of the plants have been donated over the years and each plays a pivotal role in the garden’s make up. The ever present beefsteak plant pokes its head throughout the garden, with grevillea, banksias and angles trumpets dotted along the paths.

Just as she is open about the garden, Wendy is candid about her life. She speaks briefly about her late husband, iconic Australian artist Brett Whiteley. Wendy was a 15-year-old art student when she met him. Throughout their married life they travelled the world; through Europe, America, Fiji and Bali. They eventually settled in Lavender Bay in 1969 when Arkie, their daughter who was at the time five, complained about living like a gypsy.

Both Wendy and Brett struggled with drug addictions, which Wendy was able to overcome. In 1992, Brett died of an overdose in a motel on the south coast. Tragically, Arkie died quite suddenly nine years later from cancer at the age of 36.

Wendy describes her daughter as creative, attractive and intelligent. “She and I really established a very close bond toward the end.”
As she talks her voice quivers slightly. I can just make out her eyes through dark glasses. They soften.
The garden helped Wendy deal with the loss of her daughter and husband. It was soothing to cultivate something, to watch something grow.
Wendy’s devotion shows, as does her creativity. At the bottom of the garden, a plastic bathtub is home to some gorgeous specimens of black bamboo. They are housed in this unusual container to keep them from spreading up the hill and invading the space of other plants. The bathtub was dumped thoughtlessly on the grounds, but Wendy and her gardeners saw its potential.

Scattered throughout the landscape are other relics of the railway dump that used to occupy the space. Old engines and turbines, rusted red gears and spanners. An ancient wheelbarrow juts jauntily from the ground, next to a makeshift birdbath fashioned from a discarded sink. Wendy showcases these ruins like art, giving life and history to this stunning oasis. 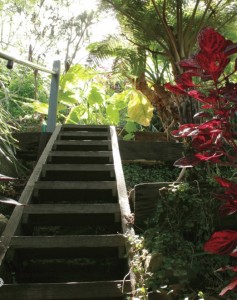 I ask her if there are any corners of the garden that remind her of Arkie or Brett. “All of it and none of it,” she says simply. She points out the Bungalow palms that Arkie bought her for the garden.
“I don’t want to get too personal and there are things that I can tell you about the garden, which are hugely personal. People are always asking questions that I don’t want to talk about. It is mine to think about. The garden is immensely personal, but is not going to be like that for everyone who comes to visit.”

“Part of it is going back and going forward; and I don’t really want to go backwards at this stage. I want to live life in the minute, in the day and make a few plans for the future.” And the future Wendy wishes for her garden is “infinity. To be enjoyed forever.”

It may not last an infinity, but getting a lease on the land will be a start. Last year, North Sydney Council applied to RailCorp for a 20-year beautification lease of the land, which would allow Wendy to continue her work with more security. While still at the stage of being processed, which is often long and arduous, Mayor Genia McCaffery is confident that Wendy will get her wish.

McCaffery says that Wendy’s creation is awe-inspiring, considering the size of the garden and the amount of work she has put into it. “[Wendy] has basically taken weed-infested, junk-filled land and turned it into a beautiful garden.”
“It is wonderful and reflects Wendy’s personality. She is very talented artistically and all that talent is reflected in the garden.”

Though her heart is presently in developing her haven, many people have asked Wendy whether she will paint again. “You need to concentrate on doing something like painting,” she says, “otherwise you just become another painful amateur. You might get pleasure out of it, but at the moment I am getting more pleasure out of the garden.”

As we talk it is clear that Wendy has disdain for mediocrity in aesthetics, both in art and in gardens. She sets her goals high and she believes it is important to do so.
It is apparent she loves people and they, in turn, feel at home around her. Wendy shares her garden with the locals, pleased when they pick a few figs, limes, lemons and bananas. Her gardeners, who have helped her transform her garden, have built a close friendship with Wendy over the years.

Carrado, an Italian-Sicilian, has been helping Wendy in the garden for over ten years and still works there on the weekends. “He is a natural gardener,” Wendy says affectionately. “He doesn’t know much about natives, but he knows about plants. He has a feeling for [them].”
Luke, a tanned Brit in his twenties, works in the garden during the week. He enjoys working for Wendy and has immense respect for her. “She knows what she wants,” he says. “She gets what she wants.”

The devotion Wendy and her garden inspire in people is evident – Luke speaks about both with loyalty clear in his tone. While he is planning on starting his own landscape gardening business, he feels great loyalty to the Lavender Bay garden. “I think it is amazing to have it so close to the city,” he says. “It must be kept forever and I will keep my eye on it and do my best to make sure it stays.”

Ruben, Wendy’s other weekend gardener, shares this sentiment. A house painter by trade 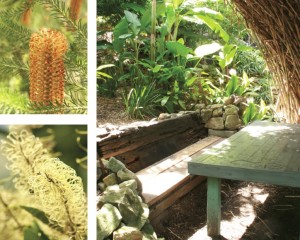 ,
Ruben met Wendy about 10 years ago when he did some work for her. Three and half years ago he was inspired to help in the garden. Now, it is constantly on his mind.
“We hope that there is going to be continuity here with help from the locals who really appreciate green space,” he says. “[It is] just a beautiful garden in the middle of the city basically, with great views, and it is so peaceful.”

Over the years it has been hard work for Wendy and the gardeners she employs, but she has never felt like giving up. “That is not really in my nature,” she says. “I would feel like a terrible failure. I give myself a very hard time.”