Starting his career in the trenches of print journalism, the engaging style, dry delivery and personable appeal of this former editor has catapulted him onto the national stage, a platform he’s used to simplify the world of finance to the everyday Australian. 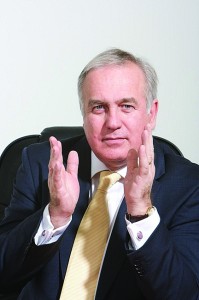 In the post-global financial crisis climate of economic uncertainty, there is something refreshing about watching a finance presenter deliver the news in straight-talking style. The nightly assessments of the markets and economics by Alan Kohler, ABC News finance journalist, offer the average Australian an uncomplicated and unaffected look at seemingly complex issues, at a time when many have been left to discriminate between the cacophony of analysis and opinion.

“I try not to talk down to people,” Kohler says, with refreshing candour. “I try to treat people intelligently. I think a lot of television tends to think that people are more stupid than they really are.”

Kohler has presented the ABC News finance bulletin since 2002 but his unadorned style and insightful delivery is the legacy of years spent in the trenches of print journalism, a medium he never thought would lead to an enduring and successful career in television broadcasting.

“I was pretty happy in print, but an opportunity arose in 1995 to join The 7.30 Report with Kerry O’Brien when he made it a national program. He invited me to come and do business and economics for him and I was happy to give it a go.” 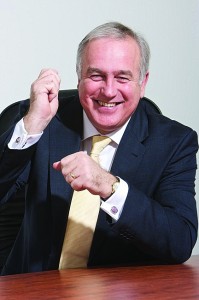 A 32-year veteran of finance journalism, Kohler began his career as a cadet reporter at The Australian, covering the stockmarket and property. After a stint in Britain writing for several local papers in the south of England, he returned to write the Chanticleer column on the back page of The Australian Financial Review, which he did for four years before being appointed editor in 1984.

After 12 years with the AFR, he left journalism in 1991 to practise what he preached – try his hand at stockbroking. As an investment strategist at James Capel, he advised institutional clients on the direction of the stockmarket, the economy and political affairs.

“However, after less than 12 months I decided that stockbroking was not my cup of tea so I then took up an appointment as editor of The Age newspaper in Melbourne, following the takeover of John Fairfax by Conrad Black in 1992.”

His leap into broadcast saw the former AFR editor switch from being a man behind the scenes to a nationally recognised figure. But it was when he became the finance presenter on ABC News that he encountered a measure of fame that, while life changing, he’s quick to dismiss as a peripheral sideshow. 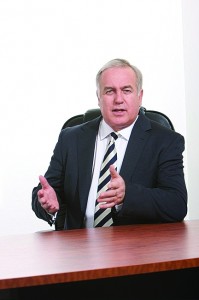 “It wasn’t until I went onto the news in my own right that I started to become well-known, and that was an unusual and unexpected experience,” Kohler says.

“I don’t regard fame as an end in itself. To some extent when you’re on the ABC it’s a different kind of fame – I mean you’re talking about a million people watching me on the news each night, whereas if you were on Channel 9 it’d be more so I’m not exactly Ray Martin but I’m becoming relatively well-known.”

While Kohler has casually left the trappings of news celebrity in his wake, his passion for explaining sometimes-complicated economic concepts in an accessible manner is evident. Closing in on a decade, he still has a burning desire to bring the world of finance into the homes of ordinary Australians.

“I do enjoy explaining things. I guess I regard one of my skills as taking complicated concepts and simplifying them,” Kohler says.

“I try to put everything in perspective for people; I don’t just say ‘The market went up today and tomorrow the market will go down’, I try to explain the context of it. I try to tell the audience why that’s happening and how it fits in with recent history.”

In the wake of the global downturn, job losses and superannuation funds whose values are now a fraction of what they once were, the former indifference of the average Australian towards finance issues has been replaced by intense interest. It is based, Kohler says, upon a collective realisation that even those who know nothing about the financial system are invariably linked to it.

“The average Australian understands now that they’re an investor – and everyone’s investing just if they have their money in a super fund – or else they’re investing themselves. Everyone’s retirement income depends on how the markets perform and it’s taken a while for that to sink in but now everyone realises that to some extent their retirement benefit is at risk,” he explains. 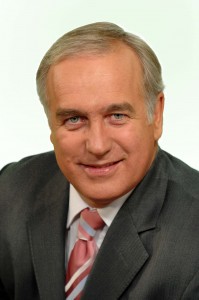 “Up until the global financial crisis, basically from 1990 onwards, the markets have done nothing but go up. There’s been blips up and down but on the whole it’s been fantastic so no one’s had to worry about it, everyone’s been saying ‘Ok, yes I’m at risk but it’s fine’. What we’ve learnt in the last couple of years is that it’s not necessarily fine, so everyone has now had a lesson.”
But Kohler believes the prospect of an economic recovery for Australia is strong despite the continuing sluggish performance of other developed nations and the global economy.
“Australia came through the global financial crisis quite well and there’s a fantastic outlook for the domestic economy, particularly as a result of our increasing partnership with China which we supply resources to,” he says. “With the resources sector comprising a large percentage of the domestic economy, we should see national income and [gross domestic product] begin to rise.” 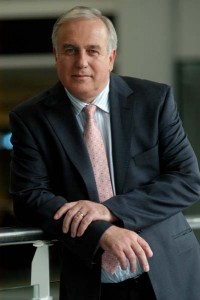 Despite the green shoots of recovery appearing domestically and globally, one of the major fallouts of the global financial crisis has been the outpouring of resentment towards those in the finance industry, which is seen as to blame for the crisis. With the corporate greed and recklessness of financial firms coming under the microscope, the public has begun to ask questions about the sustainability of capitalism as a whole.
“Capitalism is susceptible to periodic crises, but it has shown in the past that it is able to renew itself, adapt and survive. It does need regulation, anyone that believes it should be a completely unregulated free market economy is crazy,” Kohler says, before, as is his wont, succinctly putting the entire issue into perspective. “There’s a saying, ‘Capitalism is the worst system except for all the others’.”

← The valley of the kings
Deconstructing Dinnigan →