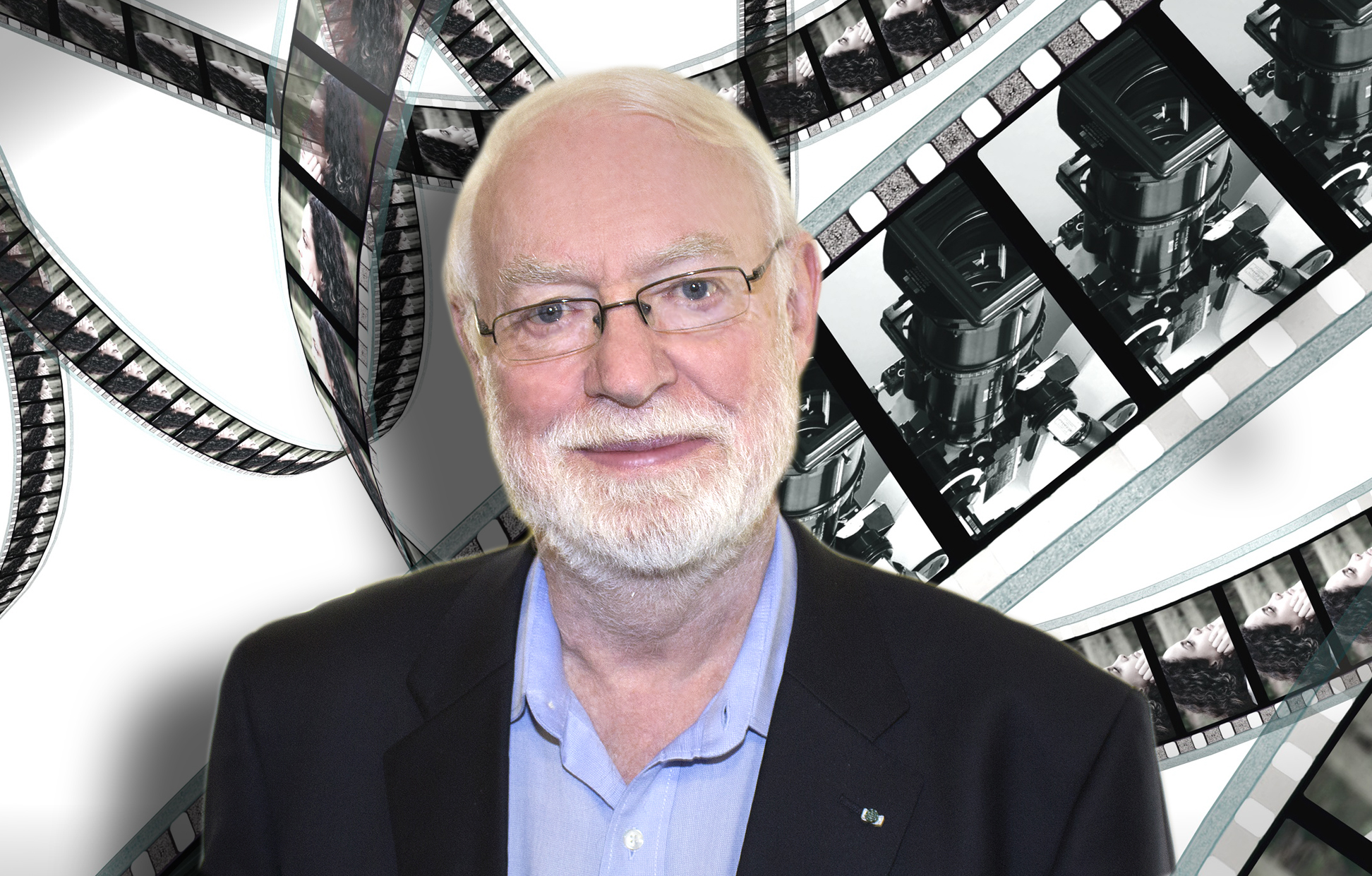 Many people have a love affair with films. They like to see them, discuss them and rave about them to their friends. For David Stratton, it’s more like a lifelong marriage. Christian Berechree spoke to the film critic about his decision to host an exhibit with special meaning to him.

“From a very young age I was very excited about film.” David says. “By the time I was 19 I’d started a film society in my home town, a small town. By the time I was 25, 26 I was directing the Sydney Film Festival.”

As one half of the iconic At the Movies team, David was one of the voices of film criticism in Australia. After hosting the show for ten years on the ABC, and for 18 years before that on SBS when it was The Movie Show, the pair were considered the final word on film in Australia.

David’s most famous role as a television presenter and film critic may have come to an end in 2014, but his involvement in film in Australia is far from over. He continues to write a column for The Australian every week and lectures in film history at the Sydney University Centre for Continuing Education. Most recently, he has returned to one of his great loves, the Sydney Film Festival. This year he is curating an exhibit of legendary Swedish director Ingmar Bergman’s films.

“Bergman was one of a handful of film makers who emerged in the 1950s who to me as a young film buff, a teenager at that time, just blew me away,” David says.

David hopes a new generation of film goers will experience the same awe and excitement about Bergman’s films that he did as a young man. As he points out, the exhibit will show the films as they were meant to be seen: on a big screen projected from 35mm film.

Bergman has been described as one of the great film auteurs; a director whose personal creative vision is played out in their films, as if they were the primary author. David has always been struck by the director’s exploration of deeply personal concerns, such as his constant questioning about the existence of God.

“Those questions are as relevant today as they were when the films were first made. I’m sure new generations of film goers, if they’re not familiar with Bergman’s work will be just as thrilled as I was,” David says.

As director of the Sydney Film Festival from 1966 to 1983, David saw Australian film through a golden age. He describes the 1970s as a revival for Australian film, and he wrote a book on the subject, The Last New Wave. He remembers fondly when the Festival was moved from in and around Sydney University to the State Theatre in 1974, cementing it as a citywide event.

“We finally managed to move into the State Theatre, and that was a great night. I’ll never forget the Prime Minister at the time, Gough Whitlam opened the festival that year. It was a really dazzling event. So, that was certainly one of the great memories. The following year, 1975, we did the first big retrospective of Australian films that had really been done in Australia,” David says. “That was something I’m very proud of.”

Since a young age, David has never stopped loving, consuming, discussing and promoting film. He’s best known for his insightful and highly influential film reviews, and his name is synonymous in Australia with the term “film critic”. However, it was never something he planned to do. Rather, as he says, it’s something he sort of fell into.

“I didn’t really set out to have a career in film at all. In my mid teens I discovered international films and went on from there,” David says. He saw his burgeoning career with the Sydney Film Festival and later in film criticism as a way to do what he had always done: tell people about the films he loved.

“That was what I was doing – I was kind of, if you like, trying to get across to a wide audience the films that I’d seen that I had liked or loved or admired,” David says.

Now in his 70’s, David still finds ways to share the love of cinema with as many people as possible. One way he does this is through his work at Sydney University’s Centre for Continuing Education, where he has been lecturing in film history for more than 20 years.

“I love it,” he says. “That comes down to what I was saying before about my first obsession. Back to when I was a small child I’d go and see a film and tell my friends all about it and encourage them to see it. I was doing that when I was about 7 years old and really it’s the same now. I try to convey to people and tell them ‘this is what film is all about’. I really enjoy it.”

Since At The Movies aired for the last time in 2014, no one has picked up the mantle of top film critic held by David and Margaret for so long. No doubt this is as much due to their longevity as their impeccable pedigrees, but David is confident about the future of film criticism in Australia.

On his enduring legacy, he notes that film is now a popular topic of everyday conversation.

“It used not to be like that. Maybe if I’ve helped contribute to that interest and discussion, maybe that’s what I’ve achieved.”