While New York isn’t always top of mind heading into the Australian summer, the city has its own wintery charms at this time of year. 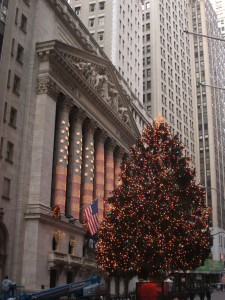 Though the weather is blustery and most other international tourists have already gone home, the mood of arguably the world’s most urban metropolis is electric. From Halloween in October to Thanksgiving in November, Christmas in December and through to New Year’s Eve, every street buzzes, every tree is lit up, every shop is decked out in festive baubles and even the locals are more welcoming.

Pounding the New York pavements always seems to lead to the main attractions: hitting the hottest Broadway shows, taking in the majestic Statue of Liberty and Empire State Building, giving the credit card a work-out on Fifth Avenue, and taking a romantic horse-drawn carriage ride through Central Park.
Most tourists tend to spend a lot of time in Manhattan, which is renowned for the culture, style and vibe that makes New York, New York. But they miss out on the rest of the city.The borough of Brooklyn has recently enjoyed a surge in popularity and now the hippest restaurants, hottest clubs and most happening bars arecalling this formerly humble neighbourhood home. And there’s a side of Brooklyn that doesn’t get much space in the guidebooks.

Brighton Beach, the last stop on the B and Q trains, has one of the largest populations of Russian and Ukrainian migrants outside the former Soviet Union, and a visit here is one of the most unusual cultural experiences you can have. The holiday season gives the area a bit of extra buzz; Russian babushkas wrapped up in fur coats purchase cakes and pies for Christmas dinners, while shopkeepers jazz up their stores with tinsel, blasting kitsch holiday music through tinny speakers. 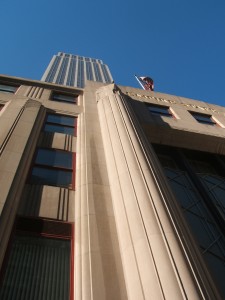 Winter is the perfect time to indulge – a couple of extra kilos are easily concealed beneath the woollies. The thought of dining in NYC often conjures images of cream-cheese bagels, huge slices of pizza and hot dogs to go. But New Yorkers are not just content with eating on the run at one of the (often questionable) street stalls. For an unique culinary experience, try one of the Eastern European restaurants that line the Brighton boardwalk or venture into one of the grocery stores, which are stocked with dumplings, borscht (beetroot soup), pierogi (savoury pies), pickled mushrooms and a huge selection of sausages and salami. Bring a phrasebook or ask someone to translate because most of the signs are in Cyrillic and many shopkeepers speak only Russian.

If you’re not into the local delicacies and prefer something a little more glam, one of the most renowned and seriously fabulous places in Manhattan is Café Lalo, nestled in a residential area on the Upper West Side (201 West 83rd Street). It is best known for exquisite desserts, with hundreds of pies, cakes and tarts lining the shelves. But it isn’t just the sweets here that are outstanding – the gourmet sandwiches, brunch options and specialty salads are amazing and you’ll find yourself coming back for more. 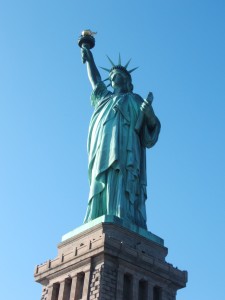 New York is the birthplace of one of the world’s favourite desserts – the humble but ever-popular cheesecake. Most locals agree that Eileen’s (17 Cleveland Place) makes some of the best in the country, and the hundreds of desserts they courier all over the US each day are testament to this. Located on the outskirts of Little Italy, this tiny shop pumps out an enormous array of the cakes – you’ll find the usual blueberry, cherry and strawberry varieties, but those who are most adventurous swear by the pumpkin, tiramisu and choc-banana.
The lead up to Christmastime is, of course, a peak shopping period, and New Yorkers know how to splash the cash. Whether it’s the expensive outlets on the Upper East Side, the tiny boutiques in SoHo and NoHo, or the bargain-basement discount stores in Queens, there’s somewhere to suit every budget.

Century 21 (located in lower Manhattan at 22 Cortlandt St) is NY’s worst kept secret but is a must on the itinerary of any serious bargain-hunter. You’ll find every label under the sun here – from Calvin Klein to Polo Ralph Lauren and DKNY – and they’re reduced by up to 75 per cent. But there’s a catch: the treasure is buried beneath mounds of trashy outfits and cheap trinkets and it gets insanely crowded around peak gift-buying times like weekends and evenings. Be prepared to use your elbows because everyone here is hungry for a bargain. 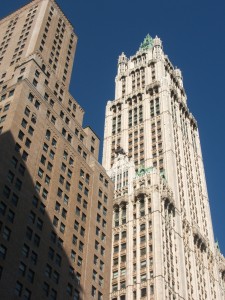 You can’t visit New York and not see Central Park but, for a different experience, strap on a pair of skates and hit the ice (you might need to work off those holiday calories). There’s something utterly magical about skating beneath the stars at one of the two open-air rinks – Wollman (on the east side at 59th Street) and Lasker (mid-park between 106th and 108th streets). The rinks are open until very late on Friday and Saturday nights and this is when the atmosphere is at its peak. It’s the perfect experience to share with someone special; enjoy the music playing through the speakers, feel the tingle of the chilly winter air and take in the park surrounds.

When planning your holiday-season getaway, it’s tempting to go somewhere steamy and tropical. But New York is anentirely different destination in the winter than in its peak tourist time, and those willing to brave the cold will be rewarded with a city that sizzles even in sub-zero temperatures.