When many of us head to the cinema these days, we’re after an escape. From the spectacular garb of the ancient world, the dignified decadence of the middle ages, all the way to the sleek incarnations of a futuristic world, movies are like a collective dream to which we all want to succumb. 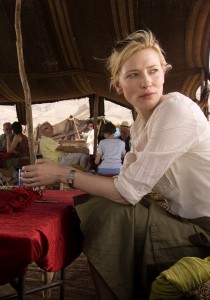 But while costume designers – particularly those working on big-budget epics – are under constant pressure to put together fantastical creations, Hollywood’s hottest recruit Michael Wilkinson finds it is recreating the ‘now’ that presents the most challenges.

“I think audiences of contemporary dramas have a much more discerning eye and if something is not right they jump on it straight away,” says Wilkinson, 38, who is now based in Los Angeles. “I think the level of detail and thought that have to go into modern costumes is incredibly demanding for a designer.”

“If something looks phoney then you’re not going to get away with it. Sometimes when you’re doing a period film or a film from some world you’re creating yourself, you don’t have that level of discernment with the audience. So I do think it’s a particular challenge.”

Perhaps this is part of the reason why Wilkinson selected his current projects. After spending 2007 making Scarlett Johannson look daggy in the romantic comedy The Nanny Diaries and padding a pregnant Reese Witherspoon in the contemporary drama Rendition, the former NIDA graduate has returned to the world of fantasy. After becoming the master of the skimpy loincloth with the highly stylised 300, Wilkinson is currently dividing his time between filming Terminator 4 in New Mexico and promoting next year’s Watchmen – which has been described by Empire Magazine as “the Citizen Kane of superhero movies”.

“I love the fresh challenge that each genre brings,” he says of his eclectic portfolio. “I think it’s important for my sanity. I have a bit of a short attention span, so I do like the idea that every six to eight months I get a fresh flow of imagination into my life. 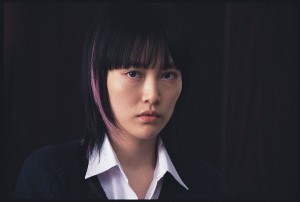 “I usually choose projects based on what different experiences they offer, whether it’s with people or places. But other times it might be because I want to launch into a new world. My favourite time is just when I shut the studio door and I’m just working intuitively, just me and a mannequin in a room testing textures, shapes and colours. So yes, it’s nice not to be constrained by realities sometimes.”

To a degree, that is. Unlike their fashion world counterparts, costume designers aren’t given free reign to re-create their own visions. In a collaborative medium that is as much to do with backstage politics as it is to do with art, designers must juggle the wants of more people than just those they are dressing.

“You know, you’re not working in a vacuum,” Wilkinson says. “There’s always feedback and constraints, and it comes from many different directions – not only from the director but from the producers, the studio who is financing the film, and the actors.”

“But that’s the nature of film. I always take the stance that costumes support a film. They can help subconsciously underline themes and express characters. You’re working as part of a team.”

Yet in spite of the constraints, Wilkinson says he is no longer tempted by the fashion industry and the freedom it offers. While he follows trends religiously as part of his research process and has previously styled the likes of Kylie Minogue and Elle Macpherson, he finds the commercialaspects of the industry unappealing. 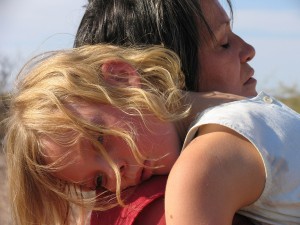 “It’s a very different skill to creating a character for a film. It’s much more about making someone look good. Fashion is becoming more and more about getting your clothes on celebrities, getting articles in the right magazines and saying the right things to the right person at parties and things.”

“I can’t pretend there’s not that element in designing for films as well, but ultimately they’re worlds apart. For me it’s all about reading a script, getting my mind about that, analysing a character’s psychology … while fashion is all about marketing and commerce. So I kind of find it not as interesting at the end of the day. I’m happy with the world I’ve chosen for myself.”

While Wilkinson now has his foot firmly in the costume world, he wasn’t always so sure. Attending Sydney Grammar in the city’s centre, he says could often be found at the nearby Opera House watching “as much theatre, dance, opera and ballet as I could get my hands on”. But despite having the theatre bug, Wilkinson originally enrolled in an architecture course.

“I knew I wanted to do something to do with design, and I was fascinated with th 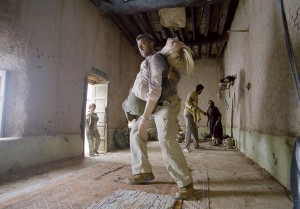 e idea of channeling my creativity into creating a new world that people might not have seen before or exploring new territory. But it quickly became apparent that architecture might not quite be my medium, because I love the idea of designing great looking buildings, but I wasn’t so strong on the physics and the maths.”
“I thought it might be a little irresponsible to design great looking buildings but not really care or know how they would stand up, so I made a quick change of direction and decided to concentrate on costumes,” he adds with a laugh.

Looking back on his career, Wilkinson says his time working as with Baz Luhrmann and his wife Catherine Martin as his big break. Assisting on the sets of Romeo + Juliet in 1996, he says he enjoyed their intense approach to projects and believes this allowed him to launch his own creative trajectory, winning the Mike Walsh Scholarship in 1999.

“Candidates put together their own proposal of how they’d like to use the resources of the scholarship, so you essentially plan your own award,” Wilkinson explains. “And what I proposed was to go around the world and meet up with other costume designers who work in film and to have some sort of a dialogue with them, exchange ideas, exchange different ways of working.

“It was an invaluable experience for me because it’s just completely blasted my horizons wide open and made me see a whole diversity of different ways of making films.” 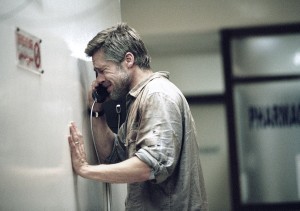 Since then, Wilkinson appears to have been seduced by the overseas market, moving to the US in 2000. While Hollywood has a reputation for being an extreme environment that is all style and little substance, the former Chatswood resident says he is able to handle it better than most.

“I kind of like extremes, so I’m resigned to it provided I can balance it out with the polar opposite, which is a tranquil and serene private world. So when I’m not working I like to get outside of Hollywood and travel to more remote town areas to make sure that I can feed my soul with something that’s a little bit more real than the glitter and the glamour of Hollywood.”

Wilkinson eventually plans to return to Australia, admitting that “my heart will always lie in my home country”, but for now he is more than distracted by his career.

“I think in the near future I would really like to experience computer-generated costume design. It’d be another interesting side of costume design that I could add to the list. I’m definitely a bit of techno-geek so anything to do with digital rendering and rendering fabrics and textures and colours and shapes using a computer definitely appeals.”

Finally, when asked to single out a favourite design from amongst his treasure trove of costumes, the articulate Wilkinson is uncharacteristically lost for words. “Let’s see now… You know, I think like a good parent, I can’t afford to have my favourite. I love them all equally.”