For a woman who has spent years capturing the essence of history’s most intriguing female figures, photographer Alexia Sinclair insists she’s not a feminist. “I’m an equalist,” she says emphatically. 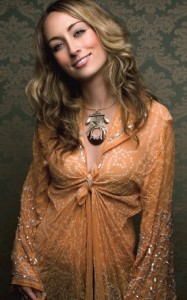 Sinclair, 32, is the current darling of Sydney’s art scene after producing a highly acclaimed series of historical portraits depicting some of the world’s greatest women, including Queen Elizabeth I and Marie Antoinette. The Newcastle-born artist has now been catapulted into an elite group of photographers who are able to work with the country’s most prestigious clients such as Harper’s BAZAAR and Canon.

Entitled The Regal Twelve, the award-winning body of work explores contemporary notions of power, style and beauty in an intoxicating and seductive visual.

It is an idea that still resonates today, especially among the young, glam and fashionable who are empowered by embracing their appearance. Sinclair cleverly weaves into her art a sense that beauty can be a source of strength rather than a second rate attribute. Whether a symptom of our image conscious world, historically patriarchal societies or an obsession created by big business, beauty has been belittled over time. 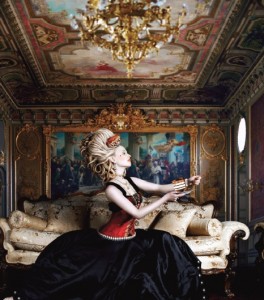 But by creating evocative digital montage artworks of such gorgeousness, fantasy and indeed, beauty, Sinclair encourages us to embrace our stunning selves. She goes one step further and attempts to show us our potential through the examples of our powerful female forbears who took risks to become the great women of history.

Sinclair began forming the idea for her series on a trip to Europe, after winning a travel scholarship during her Masters degree. Fascinated by history, the fine arts student travelled to culturally rich sites like the Loire Valley in France. 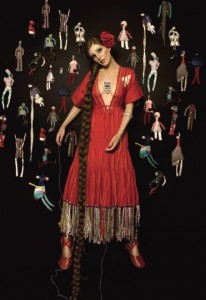 “I was working on a series for my honours which was based in mythology, then I won a scholarship to travel around Europe,” she says. “As I travelled I started hearing about different queens and countesses that we just don’t hear about in the history books here; that just don’t make it.”

So Sinclair deliberately researched more obscure royal figures, her only common criteria being that they were of regal descent, each ruled her realm and each displayed a strength that allowed her to rule when women generally held little power.

Countess Elizabeth Báthory of Transylvania, also known as the ‘Blood Countess’, was an interesting choice. Báthory is considered the most famous serial killer in Central European history for, according to legend, drinking and bathing in the blood of young virgins because she believed it improved her complexion. Without trial, she was walled up within her bed chamber where she died four years later accused of torturing and murdering more than 600 women.

Another of Sinclair’s Regal Twelve, is the notorious Roman Empress Agrippina, or Agrippina the Younger. Agrippina is believed to have ruthlessly poisoned her husband Emperor Claudius with a plate of poisonous mushrooms so that her son Nero could assume the throne. After exerting influence over her son, a dispute about his mistress would lead to the Emperor to attempt to assassinate her three times. Legend has it that when Nero’s soldiers finally killed her, she ordered them stab her in the belly that had housed such a monstrous son. 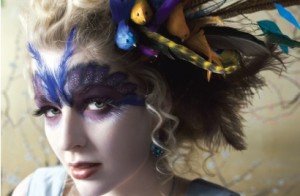 “I didn’t want to do good women who’d done good things, I wanted to look at the way we are as humans,” Sinclair explains. “We’re not all canonised, we’re just human.

“Some of them are famous for being murderers and poisoners and vampires. But some of them have done incredible things for the world. I just think they’re all super powerful, amazing women.”

Although the series hasn’t formally been released, Sinclair has been inundated with offers after The Regal Twelve won multiple awards last year, including the Newton-John Award. But it was the Harper’s BAZAAR Canon Fashion Photography Award that really launched her into a different league, increasing her exposure and allowing her to secure a range of commercial work that pays for her art.

“Awards attached to your work give them a lot of value,” she admits. “Being on television for Harper’s BAZAAR, on Channel Nine, suddenly all these people having dinner around Australia see you. That next day I had 100 emails and every single day for weeks.

“I was doing my emailing till 4 pm in the afternoon. I answer everybody – which I probably shouldn’t – but I remember when I was struggling and I wouldn’t get responses.”

It was perhaps due to her sudden status as a hot new ‘emerging’ artist – despite 12 years in the art world – that she quickly began to take on an enormous amount of work.

“It got to the point where I was working 18-hour days every single day of the week for months straight. There was a particular project for a particular group where I had to go for five days straight without sleeping,” Sinclair says. “I got intensely ill – your body just breaks down. I’m fine now but at the time it was quite a scare.”
But, being the perfectionist that she is, Sinclair kept driving herself until she was almost at breaking point.

“There was a week last year when my partner was in Greece … and I couldn’t be there because I had my Masters. I had the 22,000 words due that week, I had to finalise the last of The Regal Twelve images and I had a Canon campaign that had stretched on. I also had said ‘yes’ to one cover of a CD and they were messing me around,” she says.

“It should be the happiest time of my life and the most successful time and it’s the closest I’ve ever felt to cracking because you’re so terrified that… you’ve got so many balls in the air, if you let a single one fall, you’re screwed. I passed it all – don’t know how – and I’ll never, ever, ever put myself in that position again and compromise my health like that and my sanity.

Thankfully, she is now at the point where she is able to pick and choose her projects while working on her next series. Ever the ‘equalist’, Sinclair is balancing the score by focusing on the great royal and noble men of the ages.

“My list of males right now is double the size it has to be,” she says. “I love to take their flamboyancies so there are people who would be fantastic. I’ll do people like Louis XIV …  It’s hard because you could just do twelve French kings!”

But not wanting to do just one type of character, Sinclair travelled to China late last year to photograph the Great Wall as the background for a portrait of Genghis Khan. While expecting the Mongol conqueror to be the antithesis of a polished French king, Sinclair was surprised to learn the reality.

“When I researched him, there he was – completely different to my vision. I had this vision of him being really rough and just covered in fur and almost caveman-like but, not at all, he was quiet refined,” she laughs.

Talk of male kings conjures up another some-time bearded conqueror ruling the streets of Paris, fashion designer John Galliano. Even as her art draws comparisons with Galliano’s fantastical and opulent creations, Sinclair is quick to distinguish herself from the world in which he works.

“I’m not interested in following the trend per say,” she clarifies. “I always think it’s interesting because I talk to the magazines and they say, ‘It has to be what’s coming out of Paris right now’. I understand that but what I think is ironic is that people like John Galliano of Dior look to Renaissance artists and painters to inspire his style and then magazines are inspired by that. Then we as artists are supposed to follow [his] style yet we are the very base of where that inspiration is coming from.”

She adds that she is more inspired by painters like Botticelli and modern-day muses such as singer Gwen Stefani, “someone who can transform [herself] into so different forms”. 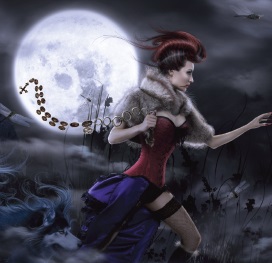 “It’s about the muse, really,” Sinclair says. “That’s why I love Italian Renaissance art because it was all based on these incredible women, not just women, but incredible people with the power to just seduce you with the way they talked and moved.”